Why Did We Breakup?

Why Did We Breakup?

Everyone at some point asks themselves, why did we breakup? Was it really that argument over not returning a text fast enough? Most likely it wasn’t. 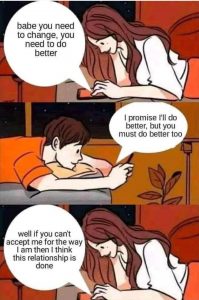 Losing attraction is not always physical

Without obsessing too much or beating yourself up over the breakup, understand that the breakup should serve as a personal wake-up call as to who you attract and what you want to attract in the future. It should trigger value questions such as, what do I have to offer in a relationship?

Understand that breakups don’t exist in a vacuum, that they occur for certain reasons. You need to explore, based on the zoomonkey system of re- attraction and reconciliation, the actual causes of the breakup, while also understanding that we as human beings don’t know what we don’t know, and that our explanations are only a portion of the overall reasoning for breakups. Never think that your understanding of the breakup represents the entire picture. This misreading of the breakup will hinder most chances for re-attraction in the form of meaningless apologies, errant excuses and unnessecary admissions of weaknesses.

The responsibility is on you to dissect the real factors that led to the ultimate lack of attraction and start the work on improvement. However, don’t put too much stock in your assessment because we find a lot of the time people are just flat out wrong.
That is why we are here to help.

When you call us, we will help you decide where you are in your breakup process.

causes of a breakup, demise of a relationship, factors for breaking up, lack of attraction, obsessing over a breakup, physical attraction, why do people breakup

Phil
Phil Richman is a worldwide breakup coach specializing in reconciliation, helping people deal with grief, and moving past breakups. Phil has helped countless people over time and is a very proud leader in the "Get Your Ex Back" industry. He can be reached at 888 666 1871
Recent Posts 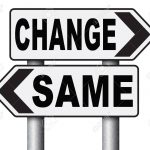 Your Relationship After a BreakupHow To Get Your Ex Back 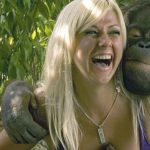 A Zoo Monkey Client’s PerspectiveHow To Get Your Ex Back