Blaming Yourself for the Breakup?

Was the breakup my fault?

Probably not! If you were simply being yourself and the breakup occurred, it was nobody’s fault. It just happened. Your ex fell out of love, but more tangibly, your ex lost overall attraction. Nearly every time we mention the loss of attraction to a client, we are quickly reminded of how the physical component was “perfect, on fire, and like no other experience prior” – regardless of being ignored, dumped, ghosted and being told to please go away… The physical intimacy was amazing. We understand.

Shockingly to some, physical attraction, despite what you may or may not believe, does not encompass all the ingredients to sustain an entire relationship.

Physical intimacy is important and considered a vital organ, but like the liver, or kidney or brain, you still need other organs such as the heart in order to survive (As well as the ability to roll around euphorically, but how do you know the physical component was as good to your partner as it was to you? )

‘Well then if the breakup wasn’t my fault , and the physical part was amazing as far as I could tell, who’s fault was it?’

For example, did you lose your job and your ex left you after a disaster such as a layoff? Then how could that be your fault? Was your ex bored of you based on unrealistic expectations and trolling for someone else on social media? Then how could it be your fault? Was your ex cheating on you without communicating issues in the relationship and without giving you an opportunity to discuss things? If you’re blaming yourself, don’t!

You or your situation absolutely played a role in the depletion of overall attraction if the attraction was once there. However, apologizing is not always necessary and can create further loss. The key is not blaming yourself. This self blame can often times manifest itself in the form of gratuitous apologizing, begging and pleading, which is treacherous.

The important component is to identify where the original attraction occurred and why the attraction depleted. If the leak in attraction happened based on a reason that is insurmountable and exists despite any efforts you make, then the reconciliation will not occur. However, if you can figure out where or what was unattractive to the point of causing the breakup then you can possibly remedy this situation by illustrating behavior that more similarly mirrors how things were during the strongest parts of the relationship when mutual attraction was at its peak.

Our biggest challenge as breakup coaches is to help you identify where and when the attraction was the strongest and then help devise a plan to illustrate to your ex how these traits are still existent. We need to get back to the baseline attraction point that existed during the relationship even though you are indeed broken up.

Sometimes getting an ex back is not easy and some relationships do not reconcile despite best efforts. However, a lot of breakups do culminate in reunions with the proper, delicate and strategic approach maybe the outward expressions of undying love after a breakup is creating harm and greater inequity based on the asymmetrical nature of your situation and only extinguishing any potential spark?

Phil
Phil Richman is a worldwide breakup coach specializing in reconciliation, helping people deal with grief, and moving past breakups. Phil has helped countless people over time and is a very proud leader in the "Get Your Ex Back" industry. He can be reached at 888 666 1871
Recent Posts 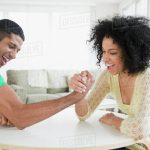 Getting Power Back In Your RelationshipHow To Get Your Ex Back 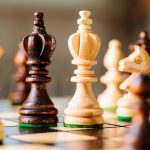